“Hey mommy, where are we going for dinner tonight?”

Turning to her 5-year old son, my mom replied, “Chinatown.”

“Aw man, I hate Chinatown! There are so many Chinese people there!”

I will never forget the look of confusion, amusement, and embarrassment upon my mother’s face.

Somehow I managed to live the first 5 years of my life without knowing that I was Chinese. I thought I was simply “American.”

More precisely, I’m a 3rd-generation Chinese American. My grandparents immigrated to America in the 40s and 50s, and both my parents were born in the States. Yet, both of them failed to retain their parents’ Chinese language and much of their culture.

To my grandparents, it was all about making it in this new country. It was all about survival. Cultural preservation was a luxury, not a necessity. And what was the result?

A couple summers ago a Chinese American friend came to visit my house, and addressing my dad, said, “Ni Hao! Wo hen gao xing ren shi ni” (Hello, I am happy to meet you). Unable to understand a single word after the initial “Ni Hao,” my dad sheepishly replied, “Hi… I’m Dennis…” He might as well have added “‘Murrica!” and offered my friend a hot dog.

Growing up from K-12 at a private school called Chinese Christian Schools, which was a ministry of my home church (Bay Area Chinese Bible Church), I was surrounded by Asians. By that time, I knew I was Chinese and that most of America was not. In my world, however, I was not a minority. It also happened that my undergraduate university, UCI (aka University of Chinese Immigrants, aka University of Civics and Integras, aka University of California Irvine), had a student body which was 53% Asian and 22% white by my senior year. I even attended a pan-Asian church while living in Irvine and worked at a Japanese-owned cancer center in an office filled with Asian staff! During my whole life in California, from birth to college to first employment, I was not a minority; but I was.

Being a minority never became more real to me than when I began seminary in Philadelphia, a city where 45% of the population was white, 44% was black, and 7% was Asian. Though my urban church in Northeast Philly was a rather diverse congregation, and there was a decent number of non-white, particularly Korean, students at the seminary, the leadership and the most impactful influences in my church and seminary were predominantly white. This was not necessarily a bad thing, but it was most definitely a new thing.

I soon found myself seeking to win the favor and approval of this new white-dominated world. I noticed myself stressing out about how to impress my white brothers, professors, and pastors, through an agreeable disposition, articulate speech, demonstrating my knowledgeability, and straight up manipulative flattery. I even found myself believing that white churches’ theology and practices were purer and more biblical than others. I mean, when have you ever heard of an Asian church (even the Korean ones!) described as TR (Truly Reformed). And yet when it came time to hang out with my non-white professor at Westminster (Shout out to Dr. Jue!), my Asian and black classmates, or my black pastors, I felt free to relax and be myself. In truth, I preferred this, regardless of what I was beginning to believe about the purity of the white church’s theology.

We were a community who enjoyed self-deprecating humor, sarcastically making fun of ourselves as inferior minorities, and yet we wouldn’t have had it any other way. We loved being Asian American! Still, in the back of our minds, as much as we told ourselves that it was okay to stay at our Asian American churches or within our Asian American group of friends, we struggled with the genuine suspicion, whether correct or not, that in the distance, our white brothers and sisters might be seeing us as truly inferior in faith and practice. In fact, we were often tempted to believe that we were less valuable Christians and definitely not as thoroughly Reformed! We were even tempted to believe that churches with 10% non-white attenders were somehow more multicultural than pan-asian churches that were 50% Korean, 45% Chinese, and 5% Japanese, Vietnamese, and Filipino.

So, I was living in two worlds. There was my new “‘Murrican” world, and my old Asian American world. Though my mind believed in the purity of the former, my heart longed for the warmth and familiarity of the latter.

In my second year, I was privileged to go to Indonesia with a buddy and the president of our seminary. My eyes were opened to the reality of global Christianity. I was reminded of the church’s booming growth in the rest of the world, particularly Asia (60% of the world’s population) and the Global South. Moreover, I noticed that my buddy (also Chinese American) and I were able to enjoy a unique interaction and friendship with the brothers and sisters in Southeast Asia, which we doubted our president or any other non-Asian could ever really experience.

They joked with us in ways they wouldn’t joke with non-Asians, they fed us crazy things (like bat and dog) that they were hesitant to serve to our president, and still, they never hesitated to engage us Westminster students with conversations about Van Til, Calvin, and Reformed theology. My Chinese heritage and appearance, whichI had come to believe was a limitation and a weakness, had become a gift to be stewarded. To my Indonesian brothers and sisters, we were three things in harmony: American, Reformed, and not white. I had now entered a third world (quite literally).

I originally planned to title this post “American and Reformed, but Not White.” However, it occurred to me that the word “but”  in that title might betray certain false assumptions. The word “but” might imply that whiteness was normative for the American identity or that it was a primary or dominant aspect of the Reformed identity as many non-white evangelical scholars have accused. 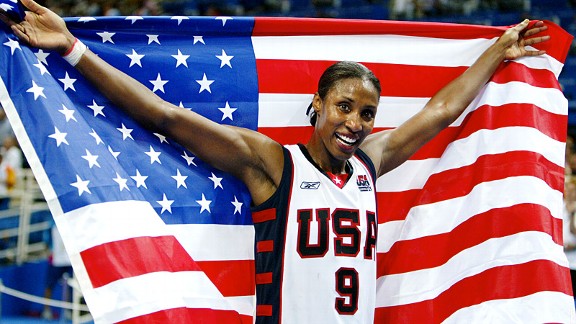 But what if what it meant to be American and Reformed was simply to exist for the good of the nations? What if being American and Reformed meant to serve the nations, not with a dominant or imperialistic perspective, but a, nonetheless, valuable one. First and foremost, I blog as a follower of Christ. I also blog as a self-identified American, admittedly, a non-white, 3rd-generation Chinese American, and yet no less American than, say, Billy Graham. More simply I blog as myself, one of thousands of Reformed Christians, one of millions of Americans, one of billions of human beings worldwide, all with unique stories, experiences, and perspectives, all having value in the eyes of God.

Andrew is a third-generation, San Francisco Bay Area ABC (American Born Chinese). He and his third-gen wife have two daughters and still live in the East Bay. After graduating from the University of California Irvine and Westminster Theological Seminary, he completed his PhD in World Christianity at the University of Edinburgh, researching Chinese American evangelicals and Neo-Calvinist theology. He presently serves on staff at Christ Church East Bay in Berkeley, California. Andrew's a simple guy whose passions include: sushi, pizza, nachos, and the Golden State Warriors. On his less sanctified days he lives by the maxim: #ballislife.

The Psychology of a White Person Reading a Post about Race

5 thoughts on “American, Reformed, and Not White”