It’s that time again. Holy Week. And with Holy Week comes the tried and true American tradition of trying to make a Jesus we don’t believe in matter to society at large. How do we do that? Movies and TV shows. This year is no different. “Documentaries” will try to prove that Jesus was a really nice guy who couldn’t possibly have been or done all the things he claimed. And movies will dramatize Christ’s life while somehow draining the drama right out of the narrative. Bill O’Reilly’s “Killing Jesus” is one of those movies.

I watched Bill O’Reilly’s movie, which he claims is a “historical” telling of the life and death of Jesus of Nazareth, a few months ago. Yes, this is “no-spin” history from the “no-spin zone” guru himself. Rubbish. This movie is so chock-full of error and theologically-liberal statements that the movie has more to do with science-fiction than the Jesus who lived and accomplished his work in the real world. Maybe O’Reilly is oblivious to the theological position he’s taken, that of Rudolph Bultmann and the “New Quest for the Historical Jesus”, but his protrayal of Jesus has more to do with Martin Scorcese’s Last Temptation of Christ than the Gospels.

As a film, it’s better than some. High production values and quality casting (it’s refreshing to see a non-white Jesus for once) lend to an aesthetically pleasing film. “Killing Jesus” begins in Herod’s temple, the Jewish King haunted by nightmares of the prophet Isaiah and painful boils, each exhibiting God’s displeasure with his rule. Herod consults the Sanhedrin for an interpretation of one such nightmare and is assured that nothing supernatural is occurring. Instead, Caiaphas assures Herod that it is sorcery wielded by his enemies at the root of his visions. In order to ensure the end of these nightmares, Herod need simply pray in the temple and God would deliver him. It is quickly seen, however, that this is not a gesture of goodwill on behalf of Caiaphas but a politically motivated relationship the Sanhedrin hopes to maintain from one Herod to the next.

Unconsciously, the film here telegraphs its point of view. “Killing” seeks out naturalistic interpretations for everything in the life of Jesus, methodically stripping the supernatural away and defining the mechanism that propels Jesus towards his death as purely political. Had the religious and secular not worked tirelessly to keep an iron grip of power over the people, Jesus would not have died. Or so O’Reilly – following Bultmann – claims.

Such demythologizing was key for Bultmann’s theological program. In fact, the great 20th century theologian would go so far as to reckon the historical Jesus irrelevant to the theological task. He believed Jesus was a historical person, yes, but “the accounts of Jesus’ birth, his temptation in the desert, his transfiguration, his miracles, his triumphal entry into Jerusalem, most of the story of his passion, his resurrection, his ascension – all are pure myth.” (Strimple, The Modern Search for the Real Jesus) It is no surprise, then, that “Killing” omits all but the triumphal entry and passion experience of Jesus Christ (this owing to its New Quest roots as we will shortly see). The demythologized Jesus on the screen would greatly please its Bultmannian father.

The extent of O’Reilly’s demythologization is therefore unsurprising. Angels are altogether absent, the birth of Jesus is ignored, Christ’s time in the desert is merely a time of reflection, and the miracles are either excised from the narrative or attributed to the work of God who is decidedly not Jesus.

Of course, most jarring for Christians who watch this film is the outright denial of the resurrection of Jesus Christ. Contrary to the Gospel accounts, Pilate does not station soldiers at the entrance of Jesus’ tomb, deciding it a waste of resources. Three days later, Jesus’ friends go to treat the body to find it gone, its disappearance left to the imagination of the viewer. Yet the film does not end with this discovery. Its final scene instead takes place back at the Sea of Galilee with Peter fishing, dejected after the death of his Messiah.

We viewers have been here before. Jesus had gone with Peter to fish and when none were caught, Jesus prayed. After the prayer, the net filled to overflowing – amazing both men equally! Yet now Peter sits alone, the body of Jesus nowhere to be found. He resorts to praying for provision and lo! The net fills with fish again! Peter has the same power as Jesus! He then exclaims to his fellow disciples as they wait on the shore that Jesus has returned to them. The epilogue which closes the film states that Peter took the message of Jesus to Rome and was the father of Christianity.

What message of Jesus did he take? Perhaps it is the one placed on the lips of the Messiah as he carries his cross to Golgotha: “God’s glory is love; to know love is to know God.” According to O’Reilly and his fellow workers, this was the message that changed the shape of world history.
But, in true Bultmannian form, it is this preached word of Christ’s authentic death that constitutes the resurrection! Within this paradigm, Peter is right! Jesus has returned through the proclamation of his authentic life and death!

It is strange, then, that Bultmann’s existential theological framework did not count the existential life of Jesus to be that important – which is the post-Bultmannian critique of the New Quest. The leaders of this quest consider the demythologized life of Jesus to be critically important. “Contrary to Bultmann himself, they believed that in order to affirm that the saving message is the message concerning Jesus Christ, one must know that the historical Jesus himself had an authentic human existence.” (Strimple) Therefore they pursue knowledge of the historical Jesus in order to learn what an authentic life is and how they can follow Jesus’ example in it.

And so the film takes great pains to exhibit Jesus’ authenticity. He authentically loves his family, though they reject him. He loves (but does not heal) a leper and her leprous son. He loves a woman caught in adultery and even risks his own life to protect her. This authentic love even extends to those killing him! He insists that he loves a guard who mocks him as he carries his cross, even trying to embrace the man while on the Via de la Rosa! This ultimately authentic Jesus even goes so far as to forgive those who nail him to the cross.

The Jesus of “Killing Jesus” is alien to the Jesus of the Bible. Jesus is self-conscious about his Messiahship even from an early age (e.g. Luke 2:49) and is thoroughly aware of his mission at the beginning of his ministry (Luke 4:17-21). His miracles are his own and are not the result of his answered prayers. For example, when Jesus heals the woman who had a flow of blood for twelve years, “he perceived in himself that power had gone out from him” (Mark 5:30). In fact, it can be said that everything the biblical Jesus does is thoroughly supernatural, and such power is located in Jesus himself! He heals, walks on water, undergoes transfiguration, casts out demons, raises the dead, and ultimately defeats death and rises back to life after his crucifixion.

Therefore, the Jesus of the New Testament and the Jesus of O’Reilly’s historical quest are at odds. One must not be seen as compatible with the other. The Jesus of the New Testament was fully aware that he must die as a ransom for many (Matt. 20:28) and willfully laid down his life (John 10:18). He was not merely a victim of an unjust trial. Jesus did not simply fall prey to a parasitic politico-religious system whose sole focus was the maintenance of power and the stilling of any perceived threat. Ultimately, his death was not as portrayed in the film. Instead, it was a purposeful sacrifice in which Jesus, not the religious or political leaders, was in charge.

It is a wonder that any would find such a Jesus in the Gospels. However, as Strimple notes, “once we recognize what these existentialist theologians have been looking for in the Gospels – namely, a Jesus who had experienced in a unique way the authentic existence praised by Heideggarian philosophy – we are not greatly surprised to learn that they have found him.”But is it convincing that this version of Jesus had the power to shape history and overthrow world governments? At one point in the film, Caiaphas recalls, watching the slaughter of the followers of Judas the Galilean, a man who had launched a zealot revolt against Rome. He was killed and his followers scattered. And so Caiaphas expects the same to happen to Jesus’ followers. Why didn’t it? Because Jesus lived an authentic life? Because his followers were so impacted by Jesus’ love that they gave their own lives for his message? It’s beyond believing!

However, if Jesus lived, died, rose, and ascended as the Gospels detail, one would expect such a sacrificial response on the part of his disciples. As the epilogue mentions, all but one of Jesus disciples were martyred for the faith. They did not abandon the message of Jesus but instead preached a risen Christ! They pointed to eyewitness accounts of the risen Lord (Acts 2:32, 1 Cor 15:6) as proof of their message. It was an encounter with the risen Christ that transformed Peter from a denier of the Messiah to the foremost preacher of the Gospel of Jesus Christ to the Jews. Could an existential experience with some fish on the Sea of Galilee really account for such a change?

“Killing Jesus” is a thoroughly New Quest depiction of the life and death of Jesus Christ. Its high production values give the film the opportunity to deceive millions who cannot discern the Jesus of O’Reilly from the Jesus of the Bible. My prayer, then, is that this brief review has adequately highlighted the flaws in the film’s presentation of Jesus and will be helpful if you decide to watch later this week. 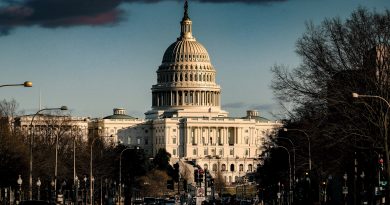 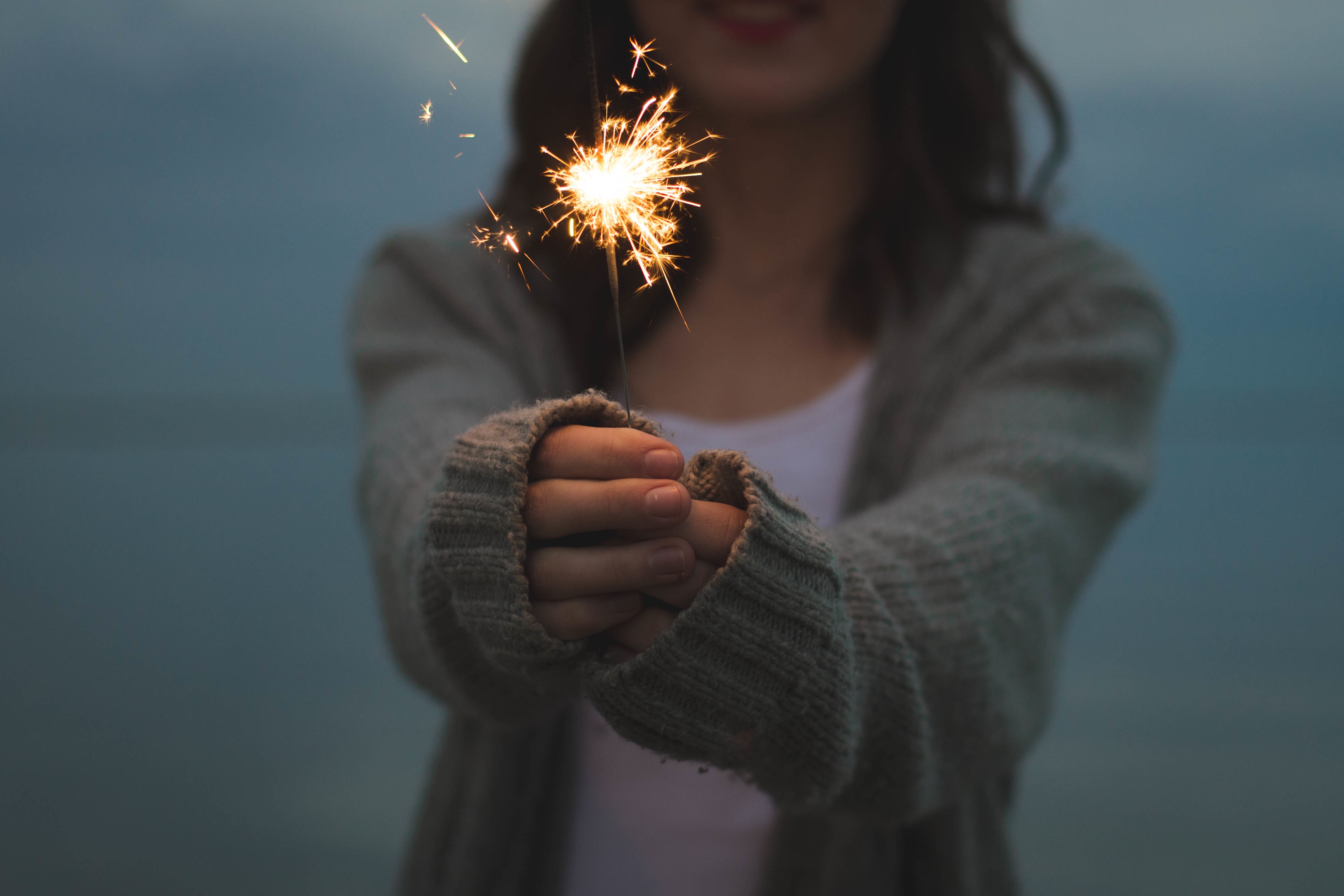