My last post generated a large amount of feedback, most of which was positive.  I was humbled and grateful due to all the kind things that people had to say. There was however some pushback, enough that I feel I should write a follow up post.

Most of the pushback centered around the question of if I was wrongly attributing sins to EFS when there were other things (like Confucianism) that seemed more culpable.

The most helpful question that captures what I’m talking about was from a former seminary classmate of mine. He asked:

“Could it be a confluence of Confucianism and EFS theology that influences Korean Christianity as you know it? …You didn’t mention explicitly if the Confucian ideology and its influence in the Korean church context played a role, and it seems that you attributed it more to the EFS theology.”

To get us started, we need to define and clarify some terms, the first being Confucianism itself.

Confucianism is a socio-ethical program (more so than a religion) that originated in China, but was later adopted by many surrounding Asian countries including Korea. As a social program, it’s designed to help people live in harmony with one another for the sake of collective flourishing.

It works by getting all of the individuals in a group to prioritize the welfare and flourishing of the group over their own personal concerns. The idea is that by strictly adhering to one’s individual role in family and society, with careful attention placed on morality and etiquette, one could favorably impact the wellbeing of society itself.

Though first appearing many centuries prior, the 15th century Korean aristocracy installed (neo) Confucianism into its policies as a way to unify and rally the country to prosperity. It eventually gained such widespread acceptance that even centuries later, many of its principles still guide and shape Korean culture. These principles are now so fully embedded within Korean culture that today, very few, if any, Koreans consider themselves to be formally Confucian. What is ubiquitous is often unconscious and taken for granted. This is especially true of Confucian influence in Korean culture.

The question that my friend asked was if Confucianism more so than EFS, or some confluence of the two was more to blame for what happened to me.

My short answer to that is yes. There is no doubt in my mind that Confucian influences were at play in the painful episode that I shared from my childhood. But I am also going to argue that the two things, Confucianism and EFS seem to be connected.

Let me be clear here.

I am not arguing, and never have argued that EFS or Wayne Grudem is directly responsible for either the ills of the Korean church or the terrible things that happened to me.  Instead, I am arguing that EFS further clouded an already foggy Theological/Ecclesiological vision impaired by centuries of Confucian influence and that these two things are somehow connected.

How do I know that what happened to me is an issue of Christian theology and not just an abuse issue? The answer is that every time I got a beating, my father (and sometimes even my mother) would always make me apologize not just to them but also to God.

One of the main tenets of Confucianism is something called Filial Piety.

The general idea is that the children in society are required to show respect and deference to parents and elders in ways that benefit family and society. The reason they are to do so is because such harmonious interaction, even if that interaction is with the dead, actually affects the whole of society in a way that produces collective flourishing.

This is what I was referring to in the last post when I wrote that Paternalistic Patriarchy is the idea that:

“..the wants, needs, wishes, and happiness of the father are prioritized for the sake of the well-being and flourishing of the family. In return, it was understood that the father’s job is to safeguard the welfare and future of the family.”

Whenever my father would discipline me in such an abusive manner, the underlying idea was that failing to adhere to the demands of Filial piety was an offense against God. Failing to get good grades, even if I am still in grade school, puts the whole family’s future and well being in danger and thus is also an offense against heaven itself. This is clearly a Christianity that is influenced by Confucianism.

Now, how does this connect to EFS?

As far as I can tell, if EFS is a problem in Korean circles, it’s only in 2nd generation Reformed Korean churches whose pastors and leaders specifically learned Systematic Theology from Wayne Grudem’s book.  But even with that said, that describes a good number of churches.

Sometime last year, I had a 2nd generation Korean American seminarian who was working at one of those aforementioned churches message me about the EFS controversy. He just couldn’t understand what the problem was and why the debate was so contentious.

Now I don’t blame him for not understanding. I had the exact same problem that wasn’t rectified until I got to seminary ten years prior. And even then, it only was made clear to me how bad of a heresy Subordinationism was in a passing conversation that I had with a fellow student in the hallway en route to another class.

Could it be that the reason that so many of us in Korean circles couldn’t see the problem in Grudem’s work is because we were influenced by Korean Confucianism?

Could it be that somewhere in our heads we thought that because Jesus was a Son of the Living God, the rules of Filial Piety apply to Him as well?

Could it be that even though we were specifically taught in our Doctrine of God class that there is no totem pole hierarchy in the Trinity, that so many of us dismissed the teaching with a wink because we were all fed a steady diet of sermons and Bible studies that told us that true children of God are characterized in part by an ability to honor and submit to both our parents and leaders?

You see, the problem with this is that a Confucian Trinity is not and never will be the Triune God of the Bible.  The Christ of the New Testament is not a Confucian son of Filial Piety, but a Prince of Shalom.  And therein lies the critical difference.

Throughout this entire post I have hammered Confucianism as problematic for Korean Christians. And while I do think that Confucianism causes a multitude of problems, I also think that it’s important to avoid coming across as denigrating Korean culture.

We should consider this: If Korean Confucianism was truly and completely incompatible with Christianity, Koreans probably wouldn’t have converted in the numbers and as quickly and as we did.

Why did Protestant Christianity resonate with Koreans so much? One answer might be because the concerns of Korean Confucianism mirror many of the same concerns as does Biblical Shalom.

And so if we do find overlap between Korean culture and Biblical Shalom, we should applaud, affirm and celebrate those things strongly. But where they diverge, we must always side with God and make changes accordingly.

For example, both Shalom and Korean culture prioritize a kind of redemptive harmony that eschews selfishness and instead promotes mutual flourishing within the group.

Confucianism tries to find that mutual flourishing through morality, hierarchic etiquette and ritual.  Christianity also uses those things. But the difference is that the foundation of Shalomic harmony is the work and power of Christ who unites us all into one interconnected Church.

A 2nd more telling difference is that Christian Shalom doesn’t use guilt trips, shaming or bullying by a hierarchical authority in order to achieve that harmony.

Shalom then is the corrective that Koreans have been longing for since turning to Confucianism to begin with.  The collective harmony and completeness that Koreans have always strove for can finally be had, not through etiquette, morality or Filial Piety, but through faith and unity in/with the one brings Peace on Earth. 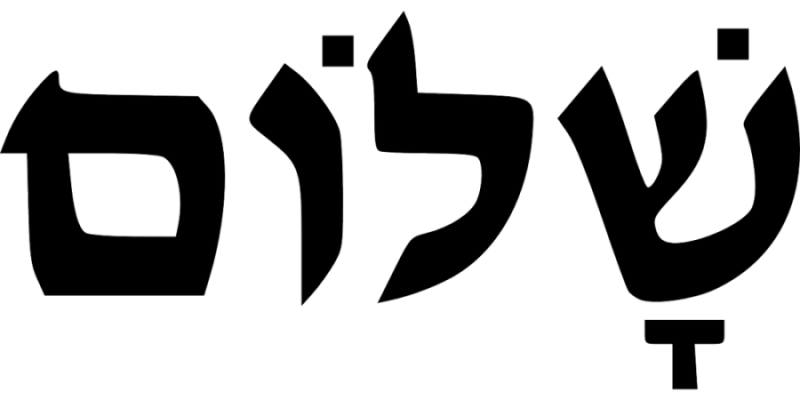 Shalom, A Ginormous Mega-Theme in the Bible 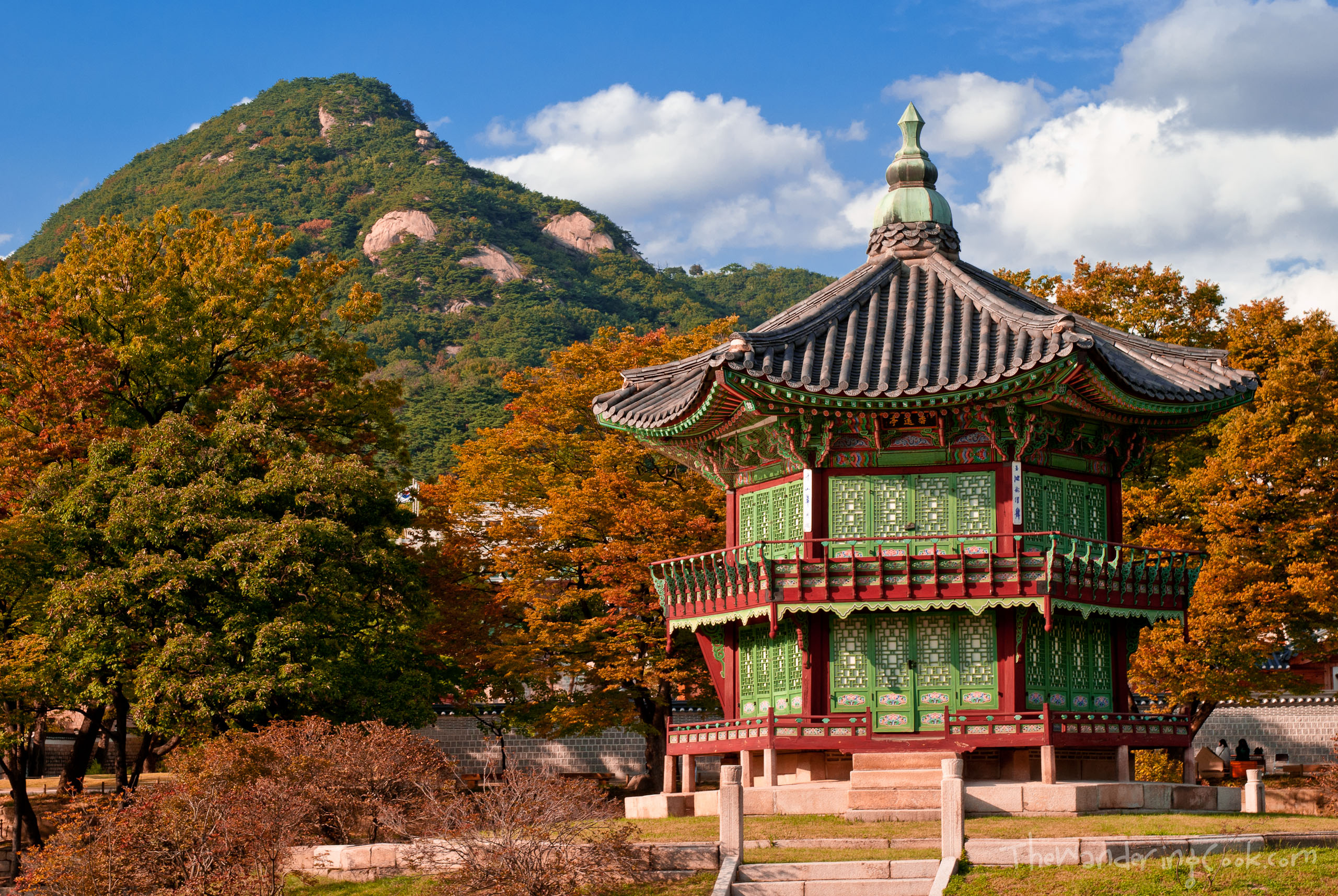 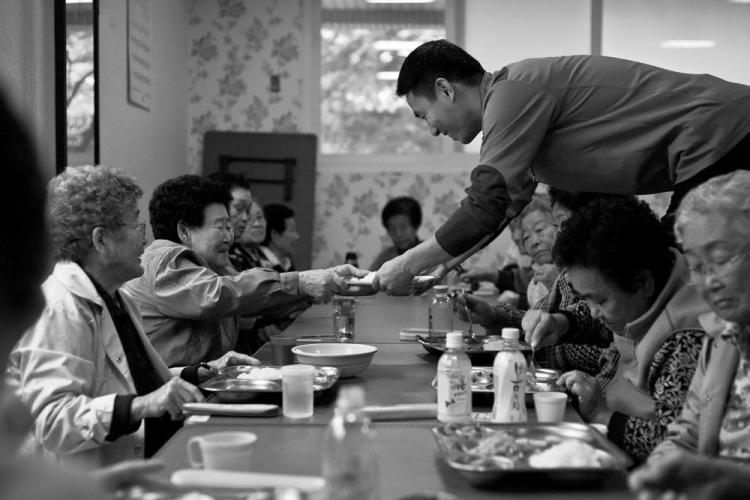 Lessons from the Korean Church – Respecting Your Elders