This past weekend was spent in mourning. The terrorist attacks that struck Paris were yet another reminder of the evil in this world and the hatred that a few radicalized Muslims have for the rest of humanity. And yet the world rallied in solidarity around the wounded nation. National landmarks around the world raised a different kind of red, white, and blue flag – the Tricolor, France’s national flag. The weekend was a time of collective sadness and resolve in the face of a violent ideology that wants nothing more than blood and fear. Solidarity and resolve. Wonderful markers of common grace.

But there is another thought in society today that does not find comfort in solidarity and does not share the resolve of others. It is an undercurrent that has always been there but whose waves are growing stronger. Some Christians are even joining in. It is the same pernicious evil that caused Cain to murder his brother and has consumed the radicalized Muslims that carried out their attack on Paris: hate. And for some, this hate is crystalizing in the form of Islamophobia.

Let me be clear about what I mean when I use the term “Islamophobia”. First, I am not talking about a principled disagreement with the tenets of Islam themselves. Here at Reformed Margins, we believe that Islam is fatally flawed in its understanding of who God is and who we are before Him. We believe that Islam preaches a false gospel and we pray that every Muslim in the world would have their eyes opened to the beautiful Gospel of Jesus Christ.

Islamophobia is different. It is the fear, mistrust, and hatred of an entire people group because of their adherence to the tenets of Islam. I’m beginning to see it more and more on social media, oftentimes spread by people who claim the name “Christian”. Video clips purporting to show Muslims attacking Christians on the street are becoming more popular. I’m not talking about videos of terrorists carrying out their evil and strategic attacks against “the West”. I’m talking about video clips with no context that have inflammatory headlines attached to them all with the purpose of drumming up fear, mistrust, and hatred of Muslims. These video clips are then supplemented with others claiming to show Muslim refugees being attacked, the attackers applauded and held up as paragons of freedom and virtue. I won’t link to these videos. You’ve probably seen them on your Facebook page. If you doubt me, you can find them yourself.

Brother and sister Christians, we cannot join in this hatred. We cannot succumb to the seduction of Islamophobia. It is easy to hate our enemies. The whole world does this. It is far harder and more courageous to love your enemies. This is the teaching of Jesus. And it is not a twisting of Scripture to say that loving our enemies is antithetical to Islamophobia. Yes, it is the countercultural modus operandi of the people of God.

Love. The cause of the Christian. It seems simple and perhaps quaint. It has been co-opted and twisted by lobbyist groups and Epicurean secularists. But love, as defined by Scripture, is ours. It is something that we do, something that we display to the world. It is a sacrificial action that finds its inspiration in the sacrificial act of Jesus Christ as he willingly went to the cross for his enemies, for those who were strangers and afar off. While we were yet sinners and enemies of God, he died for us and made us righteous friends in the sight of our heavenly Father. Love is then lived out by Christians in various ways, one of which is the act of hospitality. And this hopitality is not only for our brothers and sisters in the faith, but also to our unbelieving neighbors and even to strangers.

For many of us, the Muslim is a neighbor. For the rest of us, s/he is a stranger. And the disposition of Christians toward these neighbors and strangers demanded by every single human New Testament writer – and most importantly by Scripture’s divine Author – is to love them.

Brothers. Sisters. We cannot allow ourselves to be seduced into hating all Muslims because of the evil actions of those Muslims who have been radicalized into terrorists. Yes, the evil men who carried out those heinous acts in Paris are Muslims. Radicalized Muslims. It is important to name them as they are. The violent and hateful ideology which spurred Friday’s attack is fueled by a particular interpretation of the Quran that praises holy war and promises blessing to those who kill the infidel. But we must keep in mind that most major schools of Quranic interpretation denounce the actions of these terrorists. And we must also keep in mind that the vast majority of attacks carried out by Islamic terrorists happen in majority Muslim nations. The terrorists are killing Muslims in order to take control of the region and then wage war against the rest of the world. ISIS is at war against everyone who would stand in their way. They are an ideo-political organization fueled by religious hatred. But they are not representative of all Muslims.

And so we as Christians cannot respond to the evil that occurred in Paris this weekend with the equal evil of hatred. To put it provocatively, Islamophobia is terrorism too. The hatred felt toward our fellow man is understood by Jesus to break the same commandments of Moses that the terrorists broke. We, the people of the Cross, must resist the temptation to hate and instead embrace a better way, the way of love that honors and embraces our Muslim neighbors and Muslim strangers as men, women, and children made in the image of God. I don’t know how nations should respond. I don’t know what the right policies are. But I do know that the response of the Kingdom of God has always been and must always be a response of love, even if the person in front of us is our enemy.

It seems idealistic. Impractical. How do we do it? A couple suggestions.

First, pray for your Muslim neighbors and the Muslims around the world. Pray for their salvation, yes, but also pray for their well-being.

Second, pray against ISIS and other terrorist groups who seek to kill and destroy. Pray that God would destroy those organizations first through a miraculous mass conversion to the Way of Jesus Christ. If not through such gracious and miraculous means, pray that God would protect the world from their evil desires by whatever means he deems fit.

Finally, make Muslim friends. This may seem impossible, but it’s vitally important. It is harder to hate a people group when they begin to take shape with names, faces, laughs, and dreams. Get to know them not just to evangelize them – although we must always be praying for the salvation of our friends – but in order to better understand who they are as people.

I end with a collection of Scriptures. I pray that you would meditate on them and allow them to till your soul, that you may continue to grow into the men and women God has called you to be.

Matthew 5:43 – “You have heard that it was said, ‘You shall love your neighbor and hate your enemy.’ 44 But I say to you, Love your enemies and pray for those who persecute you, 45 so that you may be sons of your Father who is in heaven. For he makes his sun rise on the evil and on the good, and sends rain on the just and on the unjust.”

Hebrews 13:1 – Let brotherly love continue. 2 Do not neglect to show hospitality to strangers, for thereby some have entertained angels unawares.

Romans 5:6 – For while we were still weak, at the right time Christ died for the ungodly. 7 For one will scarcely die for a righteous person—though perhaps for a good person one would dare even to die— 8 but God shows his love for us in that while we were still sinners, Christ died for us. 9 Since, therefore, we have now been justified by his blood, much more shall we be saved by him from the wrath of God. 10 For if while we were enemies we were reconciled to God by the death of his Son, much more, now that we are reconciled, shall we be saved by his life. 11 More than that, we also rejoice in God through our Lord Jesus Christ, through whom we have now received reconciliation.

John 15:12 – “This is my commandment, that you love one another as I have loved you. 13 Greater love has no one than this, that someone lay down his life for his friends. 14 You are my friends if you do what I command you. 15 No longer do I call you servants,[a] for the servant[b] does not know what his master is doing; but I have called you friends, for all that I have heard from my Father I have made known to you. 16 You did not choose me, but I chose you and appointed you that you should go and bear fruit and that your fruit should abide, so that whatever you ask the Father in my name, he may give it to you. 17 These things I command you, so that you will love one another.

For more on this I suggest this article from the Zwemer Center for Muslim Studies. 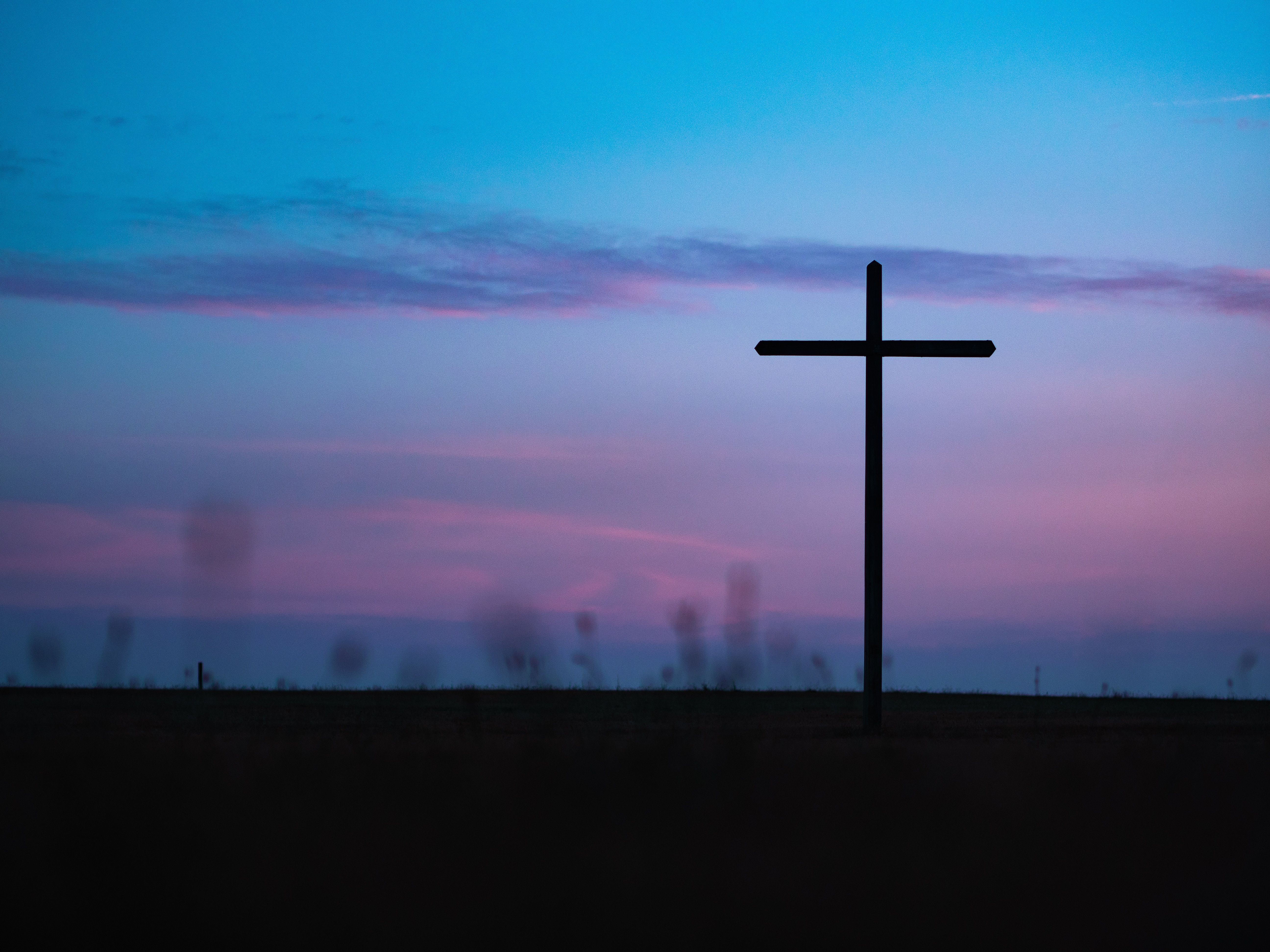 Who Is Responsible for the Murder of Jesus?

Grace Behind the Badge

2 thoughts on “Islamophobia is a Sin”